Over the otherwise quiet Christmas period, we completed an office move for a design company, from their offices in Brixton to new offices in Clapham.

Office moves are a great oppurtunity to make changes to the way a network is setup - almost starting from a blank slate at the new offices.

The new offices were to be completely refurbished, save for data cabling.

Before the move took place, working with our colleagues at West Installations, the existing data cabling was tested, and all faulty network sockets were reterminated and tested. Some new network sockets were also installed for Video Conferencing/Presentation equipment.

A new VDSL/FTTC service was installed on site by BT Openreach (to run in parallel with the old office connection, to prevent downtime). Once installed, we then went on site to complete the Router and Switch setup.

A not-so neat network cabinet before we started: 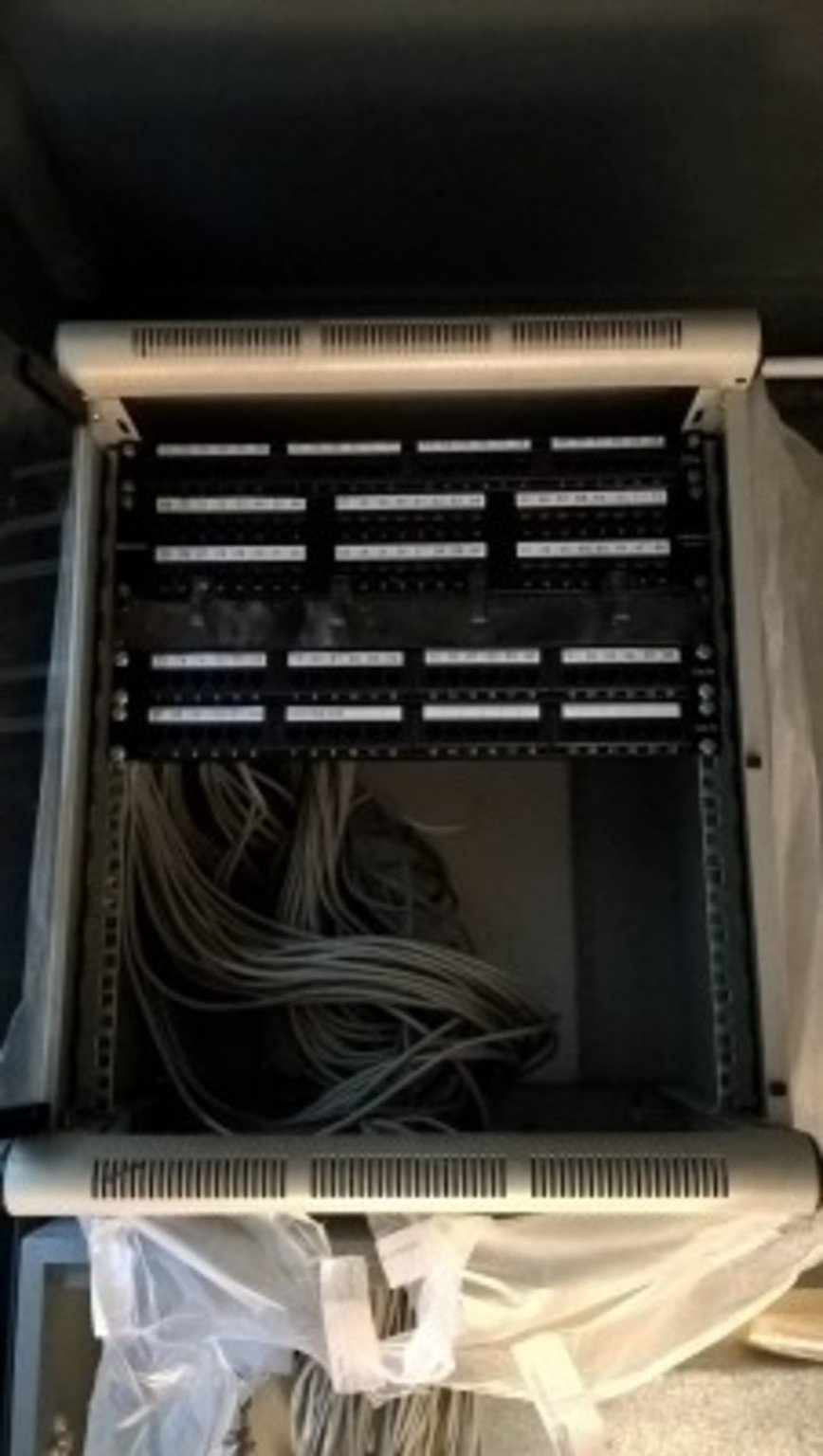 Note the dust sheet - the building works were still ongoing!

Unfortunately, there was no budget to re-terminate the cables at the patch cabinet end, leaving a lot of too-long cables in the cabinet.

We decided to upgrade the network infrastructure as part of the works, with a new MikroTik Router installed, along with a managed TP-Link 24 Port Gigabit network switch. This would allow for improved network performance at the site, with better security than at the old site (which used the ISP provided modem/router).

Unifi Access Points were installed throughout the office to allow for perfect wireless signal in all parts of the new offices.

Once we completed the equipment install (before cable management is installed): 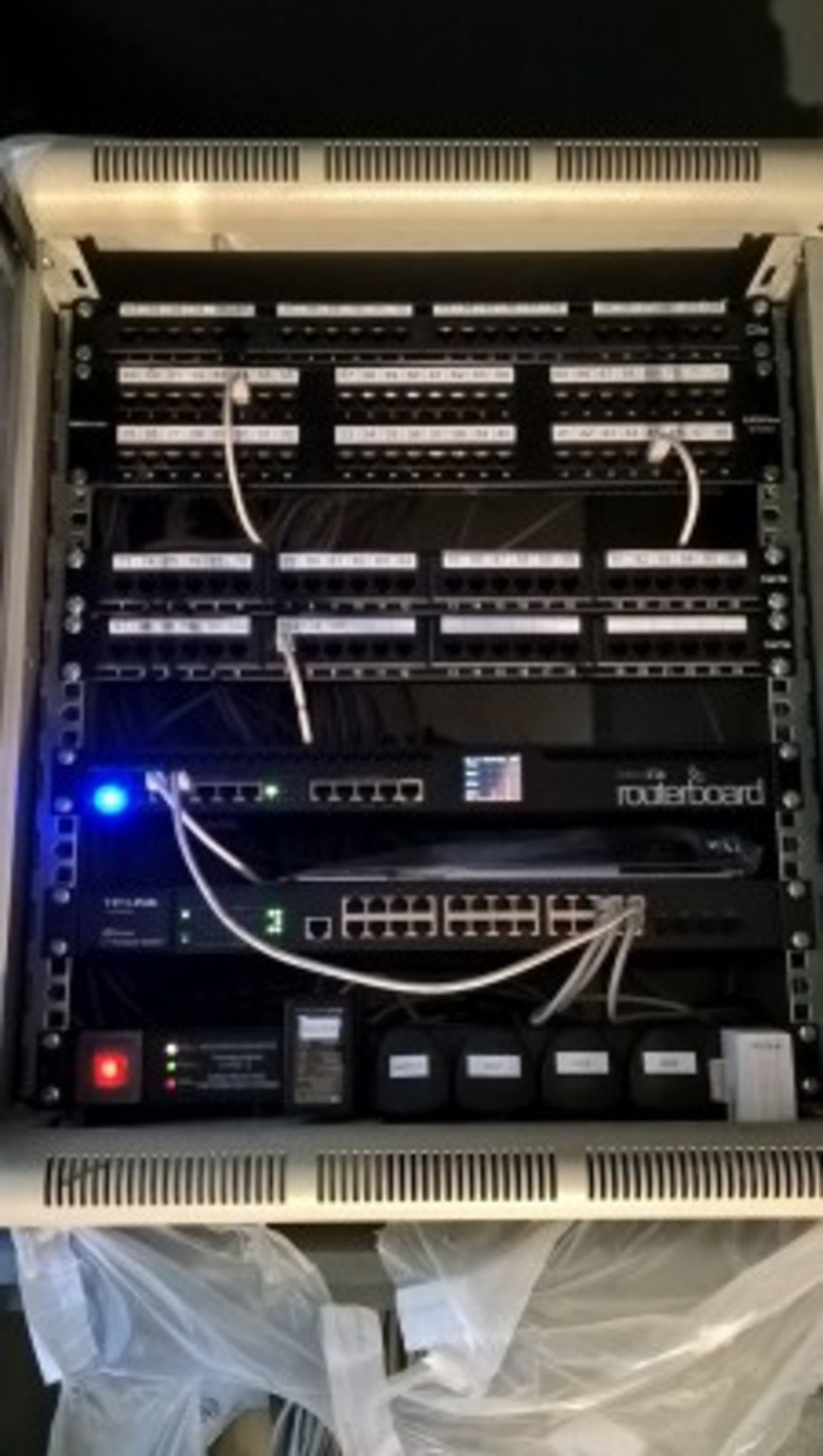 One thing we always do when on site is label cables/power plugs as we go along to make identification easier when there are 100 more patch cables in the cabinet: 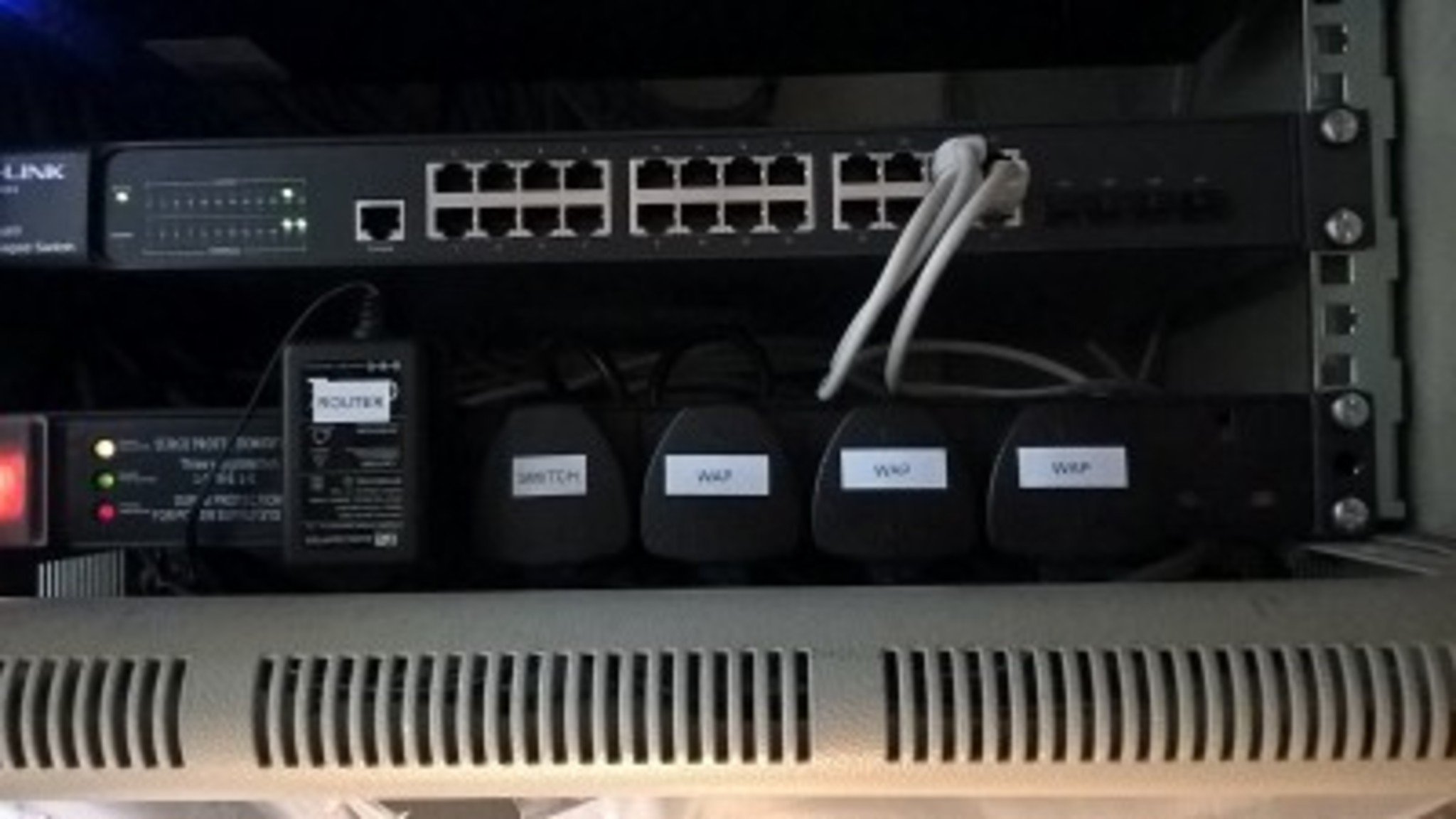 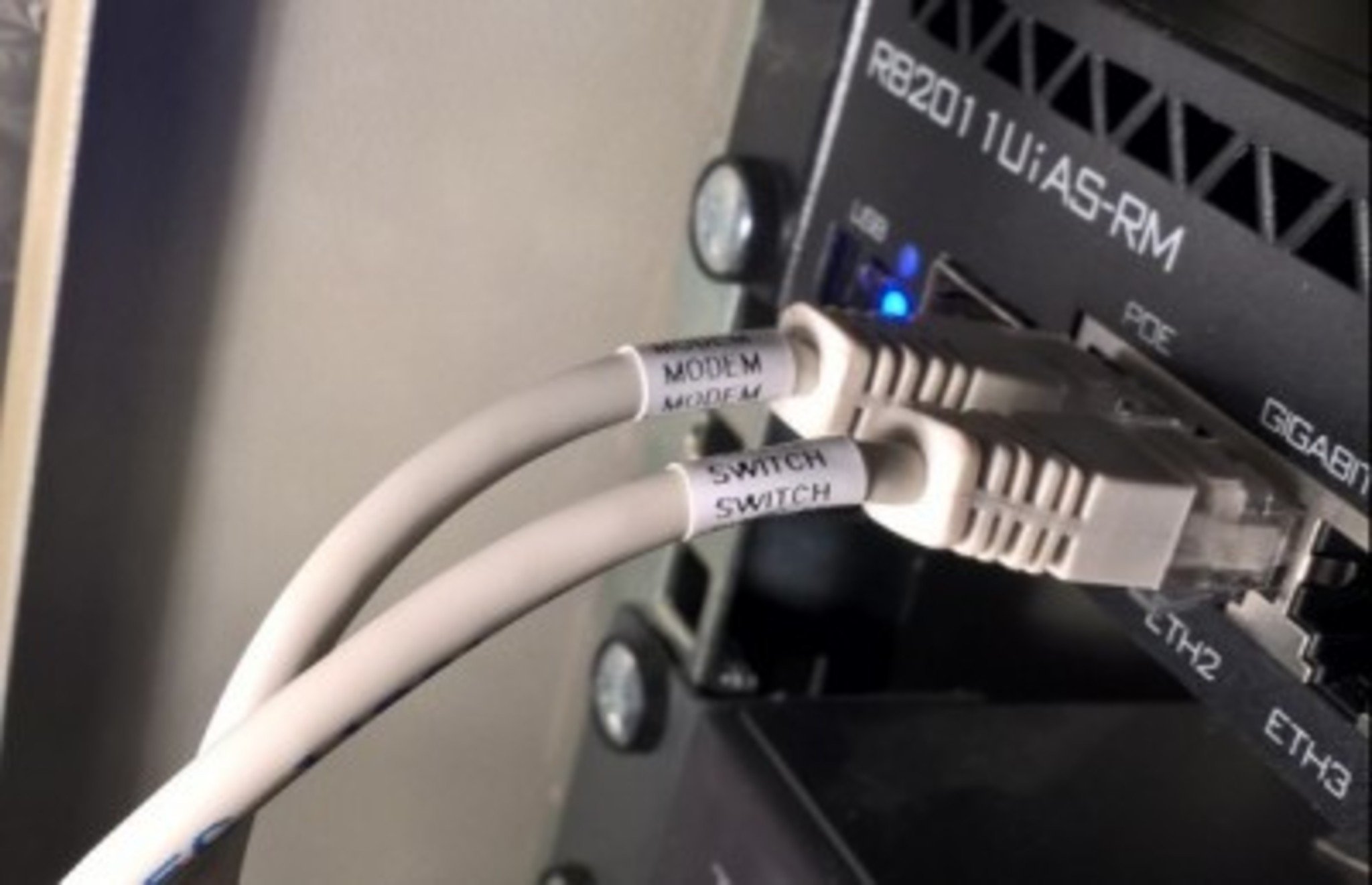 It's all in the detail!

Of course, at the new offices, we kept some things the same - the network SSID and Key for example - this meant the wireless was working without any configuration changes on the laptop machines.

Also, the network subnet was kept the same, so that any devices with static IP addressing would work immediately when connected to the network.

Once all of the equipment was setup and installed, we then assisted with the relocation of the desktop machines and NAS device from the old office between Christmas and New Year.

Thanks to the works before the move date, there were no issues whatsoever on the move day itself. All setup and working for the 4th of January!